To find out more about our Artistic Team click here
Chantry Dance are delighted to be joined on stage by the following exceptional performers... 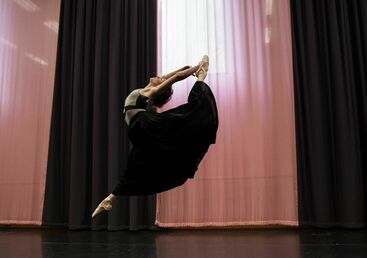 Michelle is an American dancer who has had the opportunity to perform in the UK and abroad. Since 2007 she has worked with Julia Gleich of Gleich Dances performing in London and New York City in leading roles for such works as Speak Easy Secrets and Martha: The Searchers. In 2017, she toured to Moscow, Singapore and Sadler’s Wells in Voices of the Amazon, the latest production from Sisters Grimm, choreographed by Helen Pickett and narrated by Jeremy Irons. She has also continued dancing for Symeon Kyriakopoulos who fuses ballet with wushu martial arts.
Most recently Michelle has been working with Rogue Opera as their movement director for their productions of Carmen and Don Giovanni. She has also joined Spontaneous Productions as choreographer for Jonathan Kaufman’s new play, Eye of Day: The Mata Hari Story. Holding film credits, costume commissions, and modelling experience, Michelle has also had the opportunity tosing in productions under the direction of Peter Knapp and his orchestra.

Claire started ballet at a very young age, pursuing her training at the Paris Opera Ballet School and the National Supérieur Ballet School of Marseille. Choosing the path of freelancing which allow her to have many varied experiences, Claire quickly joined touring companies such as Ballet Classique de Paris, European Ballet , Ballet Theatre UK and English Youth Ballet, performing corps and Principal roles as well as working on diverse projects . On the other side of her career , she loves to teach to new generation and give them her passion for her art.
Claire is delighted to join Chantry Dance, and excited to create the Cheshire Cat in Alice - Wonderland Through the Looking Glass. 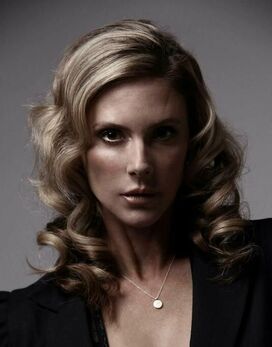 1986–1994 SAN FRANCISCO BALLET
Shannon rose from Corps de Ballet to Principal artist in 1990, where she danced many of the Companies Classical and Contemporary Repertoire. Some of the leading roles include Princess Aurora and The Bluebird pas de deux in Tomassons Sleeping Beauty, The Ballerina in Jerome Robbins The Concert, leading roles in William Forsythe’s In the middle somewhat elevated and New Sleep, Glen Tetley’s Tagore and Paul Taylor’s Company B. Ms Parker took part in many creations with the likes of David Bintley, Mark Morris and Helgi Tomasson as well as having danced extensively in the Balanchine repertoire.
1999–2004 BALLET DU RHIN
Shannon ended her performing career with Ballet Du Rhin in France after five years of dancing most of the Companies leading roles, under the directorship of Bertrand D’At. These include Odette and Russian as de deux from D’Ats Swan Lake, the Title role and Peasant Pas de deux from Maina Gielguds Giselle, Steptext and Vile Parody of Address by Forsythe, the lead duet from Tetleys Voluntaries, Lucinda Childs Chamber Symphony, Dance and Mandarin, Gross Fuge by Hans van Manen and lastly, Jiri Kylians Stomping Ground. Davide Bombana created many roles for Ms Parker. Some of those include, Aus de Ferne, Beyond Skin and the role of Marie from his acclaimed Woyzeck where Ms Parker re–created the role. And finally she danced the Pas de deux in Agon as well as both title roles from Concerto Barocco, by Balanchine. Whilst in the Company Shannon’s husband Peter Parker created two Ballets, Bitter Harvest and Bird in the hand, in which she danced the title roles. Nine months after retiring Ms Parker was invited back to Ballet du Rhin to re–create the role of Odette for D’Ats Swan Lake. She has since been teaching for Northern Ballet School, Northern Ballet Theatre, York Scholars, The Dance Space, The Arts Garage, Preston College, Horsforth Summer School, and Carrie Wright and for Gillian Hurst’s Associate programme. Shannon and her husband run workshops around the UK and since 2008 Shannon has been invited every summer to teach in America. In 2011 Ms Parker took two of her students to the States to train for four weeks.
In December of 2010 Shannon and Peter created their first full length Ballet The Nutcracker for Manchester City Ballet. It was received with generous reviews. Most recently Shannon and Peter have appeared on 'Got to Dance' as finalists, and also on 'Britain's Got Talent' in 2016 - also as finalists.