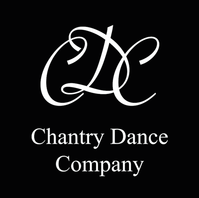 ​CDC's debut work was for  The Chinese Calligraphy Association and The Chinese Ministry of Culture, who commissioned five pieces for 'The Chinese Calligraphy, Music and Dance Concert' at Sadler's Wells in August 2012. The concert was also broadcast live on TV to the whole of China.
The dancers' movements where choreographed to complement the poetry of Master calligrapher, Li Binquan. Chinese calligraphy is at the heart of traditional Chinese culture, when combined with modern dance the result is a stunning synergy of Eastern and Western culture. As calligraphy can be seen as visual interpretation of dance on paper, so the movements of a ballet dancer reflect the beauty and aesthetics of calligraphy.

Chantry Dance Company at Sadler's Wells - TV edit from the broadcast to China from Rae Piper on Vimeo.