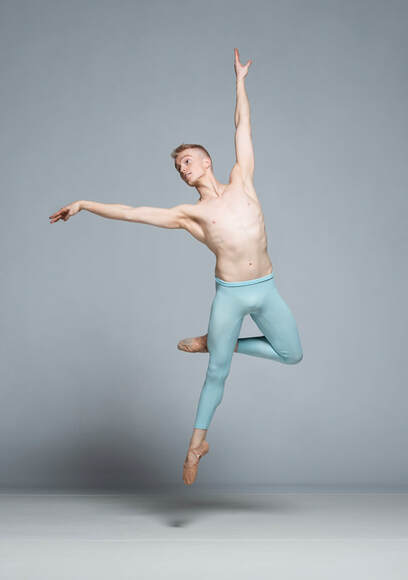 A professional Contemporary/Ballet dancer and choreographer, Ryan trained at Northern Ballet School. Upon graduation he made his professional debut as Romeo in Feelgood Theatre’s Romeo and Juliet, after which he moved to America where he danced for several years with Mystic Ballet in Connecticut. Whilst with the company he toured internationally, and performed in many principal roles such as the Prince in The Nutcracker and Skuttle in The Little Mermaid. He also choreographed work for both the company and Mystic Ballet School.

When Ryan returned to the U.K. in August 2020 he began lecturing for the Institute of Contemporary Theatre and teaching for Northern Ballet School as well as various other regional schools and associate programmes. Over this time he has choreographed and created many Contemporary/Classical pieces for college productions and Feelgood Theatre.
In 2021 he made his West End debut as Santa in the Snowman, and performed in the National tour of this production. In May 2022 Ryan had his choreography performed at Sadler’s Wells for the gala Unite for Ukraine and most recently Ryan has performed in a national tour of The Secret Garden, a ballet production by New Creations Collective. Ryan has also recently been commissioned to choreograph for Welsh National Opera’s production of Blaze of Glory for their 2023 season.