​Chantry Dance has taken the story of everyone's favourite mermaid, and given it a beautiful new twist in the tale.

​At Princess Aquaria's coming-of-age birthday, she is given permission by the Sea-King to visit the World Above. Swimming to the surface, she is fascinated by the humans that she sees.  A folk band, The Sandcastles, are playing on the beach. As their music reaches Aquaria's ears, she falls in love with the melodies and the dancing. She is also enthralled by the charismatic leader of the band, the guitarist Calder (a real prince of music). Sadly she has to return to the Underwater Kingdom. But Aquaria and Calder's fates have become intertwined.
​
Following a windsurfing accident, Aquaria rescues Calder, and falls deeply in love with him. She makes a grave bargain with the Sea-Witch, trading her voice for a pair of human legs so she can be with Calder. But as we all know, nothing is ever that simple, and Aquaria will have to overcome many struggles to be with her true love, including the jealous rivalry of The Sandcastles' lead singer, being captured by unscrupulous fishermen, and of course the loss of her voice to the Sea-Witch.
​ 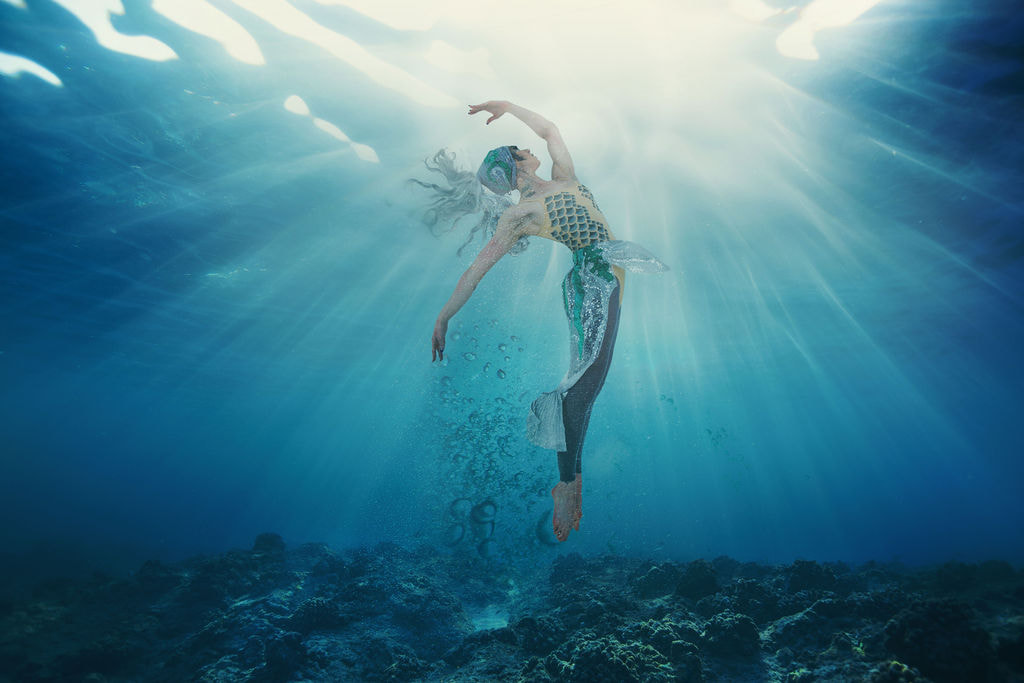 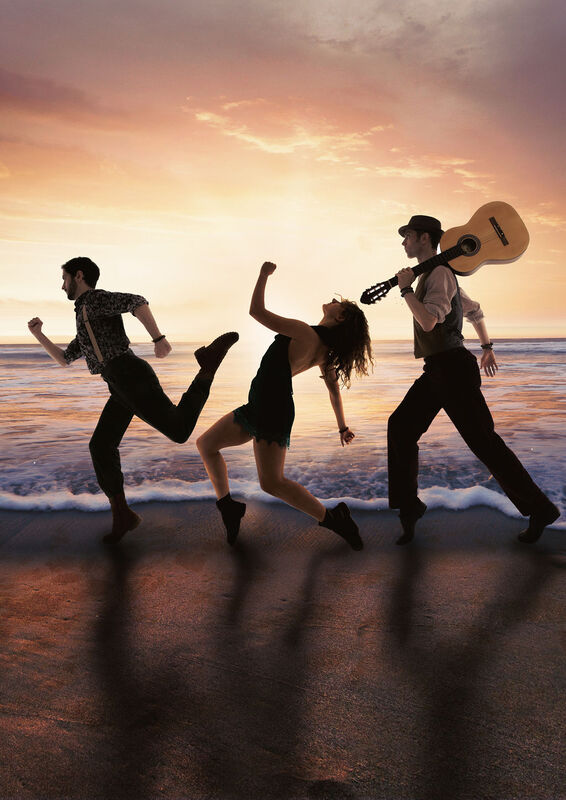 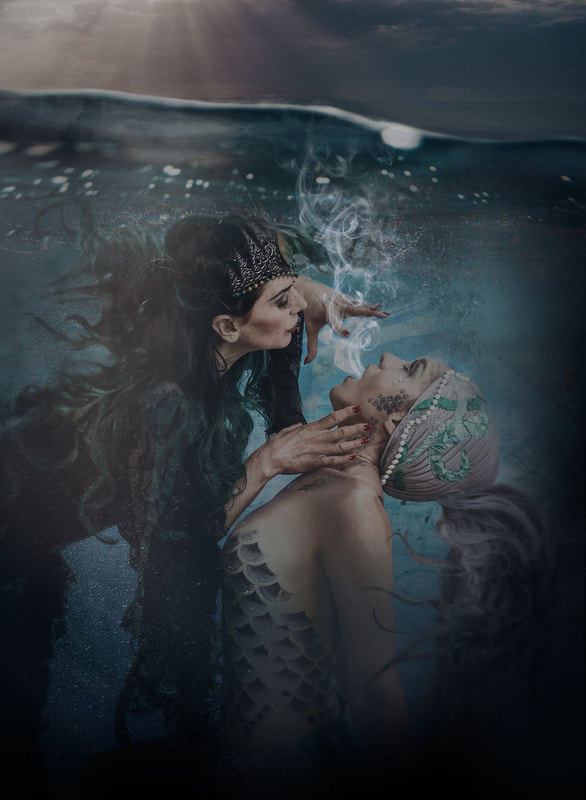 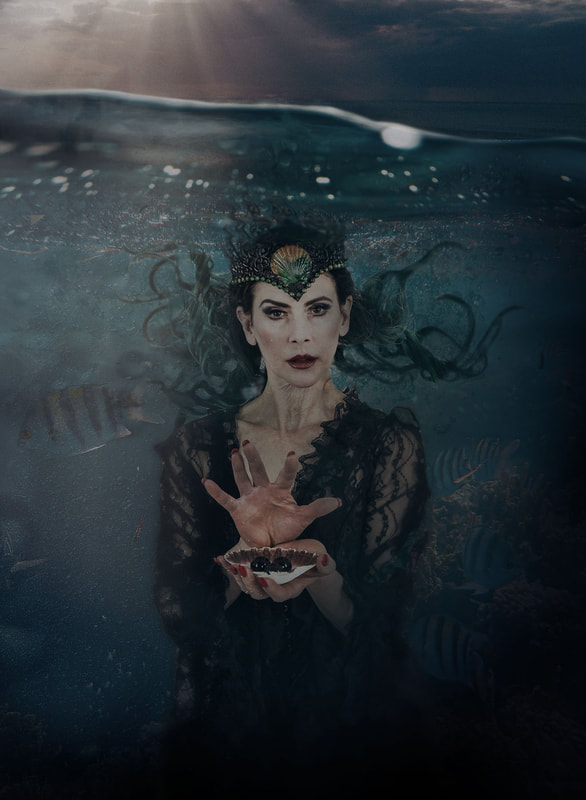 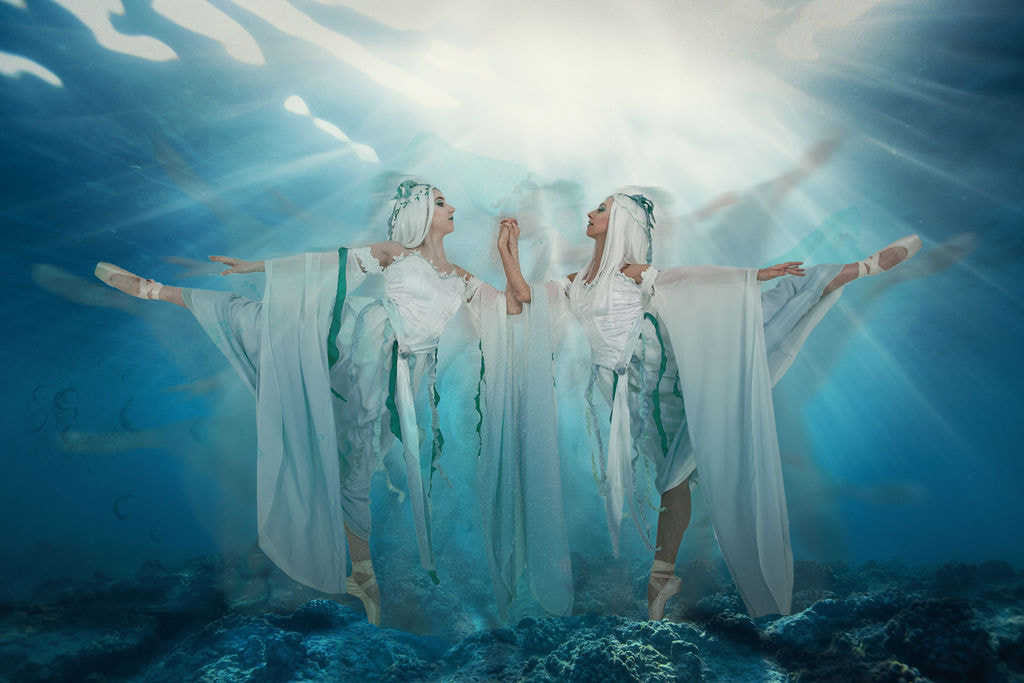 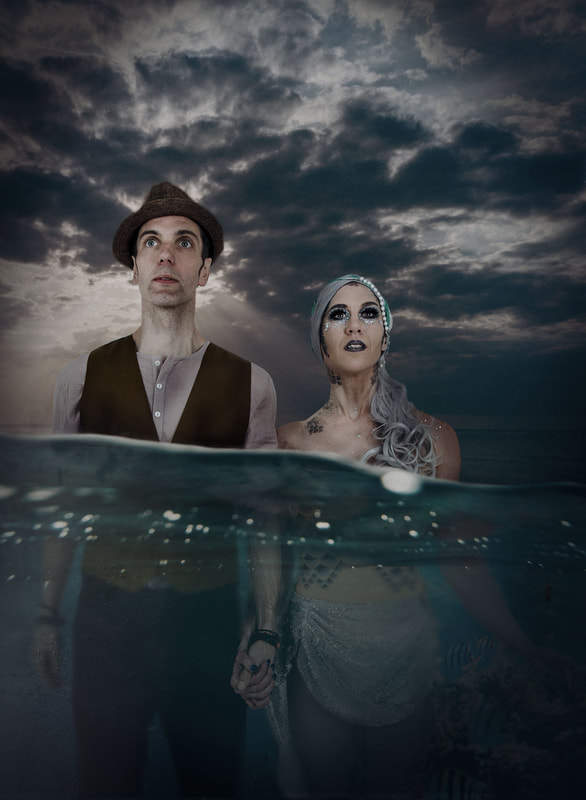